Colleen (of the Artsy Soul) and I are going to do a class altering a book and creating a travel journal.  We are busy doing prework since the class runs only 2 hours and has about 30 students.  Here are some pice of class samples and prototypes.  They are covered with embossed printed paper that is highlighted with various shades of Inca Gold and sealed with crackle paint.  The medallions are cut from soda cans, letters from cardstock.  Each student will get a gold key charm, ribbon and another charm to embellish with.  Colleen came up with the idea of using paper.  She is SOOO talented and clever.  Love all the texture.  colleen made the one that says journey.  I made the caravan one for our planned trip next year though I am giving it to a friend who is going, and the small pink one is another sample to show colors - it is a small notebook I carry in my purse.  The students don't bring supplies-we need to supply everything so the project needs to be simple.  We are covering the inside covers with road maps. 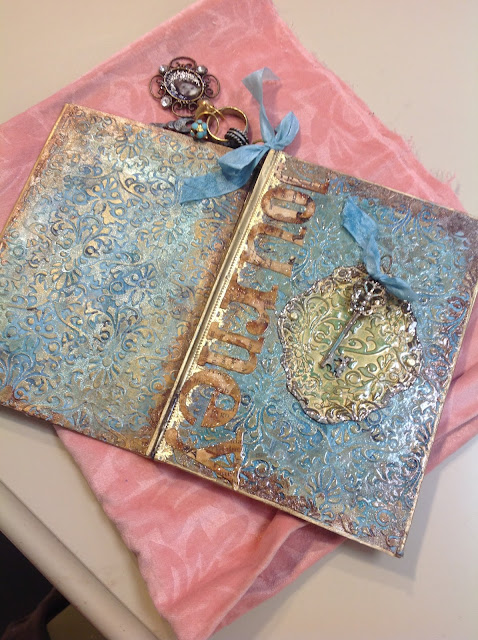 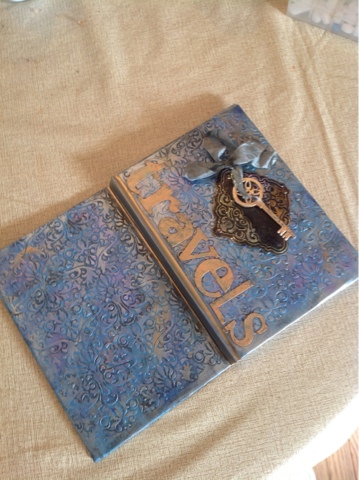 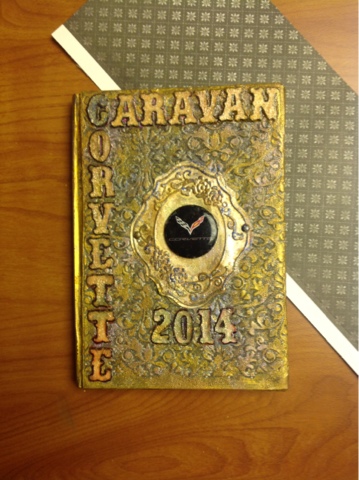 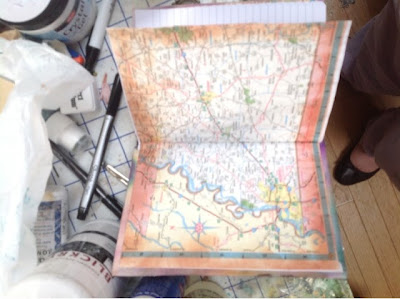 New to my Etsy Shop 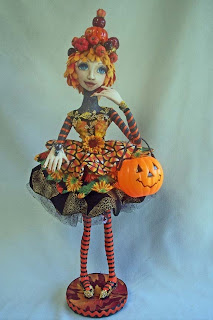 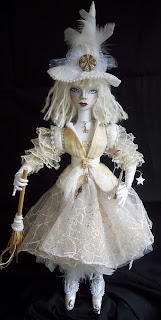 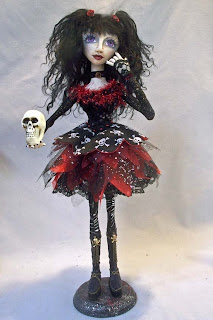 Just added some dolls to my etsy shop.  These are made from my Flirty Flora pattern and the new Diva pattern. 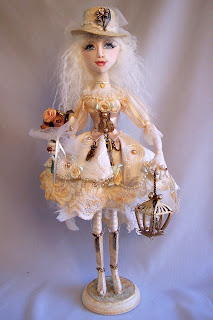 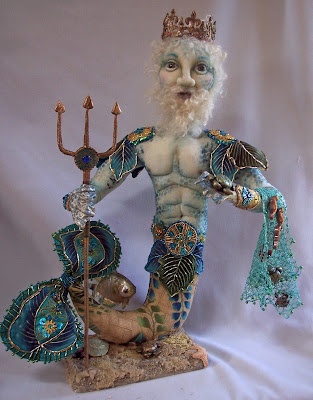 Ever do something and know as soon as you did it you shouldn't have????  I started to create a Merman using a head I had that I thought would make a great King Neptune.  I originally planned to submit him to the Mermaid Contest on DollStreet Dreamers.  As I was working on him, I figured I may as well use some more of the Hoffman Challenge fabric since it was still on my work table.  I finished him and decided to send him to the Hoffman Challenge but as soon as he was in the box and left at UPS I realized it was a BIG Mistake!  I KNEW he would not travel well and he didn't!  So he didn't make the cut and home he came.  Since the Doll Street Dreamers challenge states the doll must be made specifically for the challenge, I made another one - the Goth Mermaid I have been thinking of.  First a pic of King Neptune.  He came back with a bent crown and his trident missing points.  I was also afraid the clay pieces on the base would get destroyed.  Live and Learn!

So here are the piece parts I have been working on 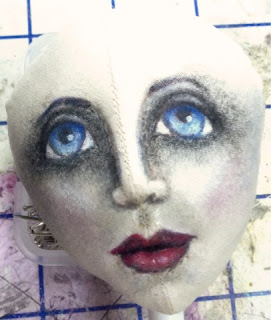 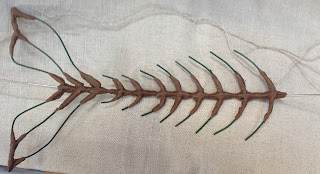 for the Goth Mermaid.  The head was a reject head - I think I already blogged about that (I attached the back of the head upside down).  I added some Perfect Pearls Hematite Powder around her face and shadows to darken her up a bit.  I also created this armature/skeleton for her with wire and Apoxy Sculpt.  Should have made the center wire branch at the fluke for more stability when attached to the base.  Don't know if I can share pics yet.  Will if I can.
Posted by Stephanie at 5:10 AM 1 comment:

Upcoming Class This Tuesday At the Artsy Soul 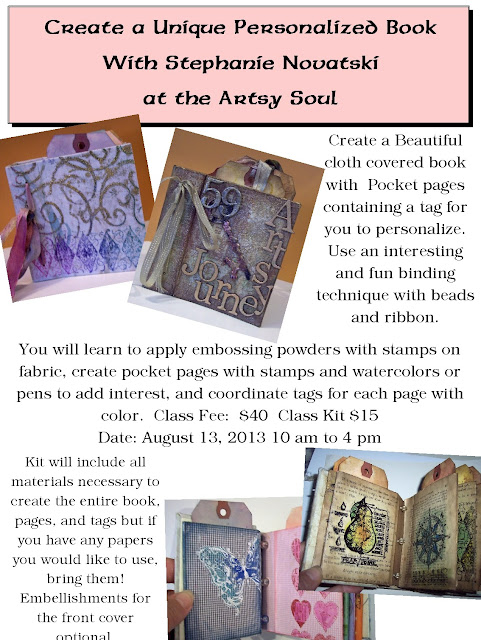 This is a really fun class.  You can use cardstock or book pages to create your page pockets!

Posted by Stephanie at 4:53 AM No comments:

Stephanie
Since I retired from my "day" job in November, 2003, I have discovered Cloth Dolls. For as long as I can remember, I have been doing fiber arts from making clothes to all forms of embroidery, weaving, Knitting, etc (except tatting). I love to combine my love of anything tactile with creating dolls and other items. Check back to see my latest "stuff".

My Fav Blogs and Sites